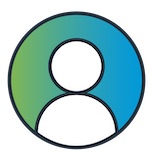 Titre : CONNECTIONLESS TRANSMISSION IN WIRELESS NETWORKS (IoT) Date : 19 mai 2022 Heure: 10:00 Résumé : IoT is exploding, which leads to unprecedented connectivity, which requires and opens the door to new connection technologies. One main hurdle faced by the application of IoT networks is the issue of massive connectivity. One of the promising suggested solutions is to employ modern random access protocols for IoT communication, in particular, because they have been shown to offer excellent performance, i.e. to reach the bound of one packet per slot. Motivated by the important expected promise of modern random access protocols in future IoT applications, in this thesis, we focused on one of these protocols, Irregular Repetition Slotted Aloha (IRSA). First, we extensively evaluated the performance of the IRSA protocol by studying one of the best tools to track its decoding performance: Density Evolution (DE). With this tool, we studied multiple scenarios of IRSA protocol and proposed several variants. Second, we applied different machine learning techniques to study variants of IRSA. Lieu : INRIA